Prospect evaluation of Alabama RB Najee Harris for the 2021 NFL Draft, which includes his strengths, weaknesses, and projection.

Great vision & patience; runs with good pacing behind LOS; incorporates a rhythmic bounce to his approach.

Aware of 2nd-level defenders and will bait them with proper path & footwork to create blocking leverage.

Good mental processing & awareness of down and distance; will get north-south in 3rd & short situations.

Good use of juke combined with stiff arm to gain leverage and overpower defenders.

Good burst and acceleration; runs with good pacing and tempo to keep defenders on their heels.

Aggressive, angry runner who looks to punish defenders with physicality.

Great receiver; hands catcher who plucks the ball smoothly out of the air.

Has run a variety of routes out of the backfield including wheel and angle; gets separation vs LBs.

Has experience lining up wide and not just as a decoy; receiving option on intermediate routes.

Takes a while to cut when throttling down; not quick enough to gather and transfer momentum on a dime.

Can get caught running too close to his OL and will run into them, negatively altering his path.

Still learning not to be an upright runner who exposes himself to unnecessary hits.

Brought down often by shoe-string tackles and defenders grabbing his ankles.

Unable to hit another gear of speed once in the 2nd and 3rd levels of the defense.

Not aggressive enough in pass protection; takes on too much contact and doesn’t engage with leverage. 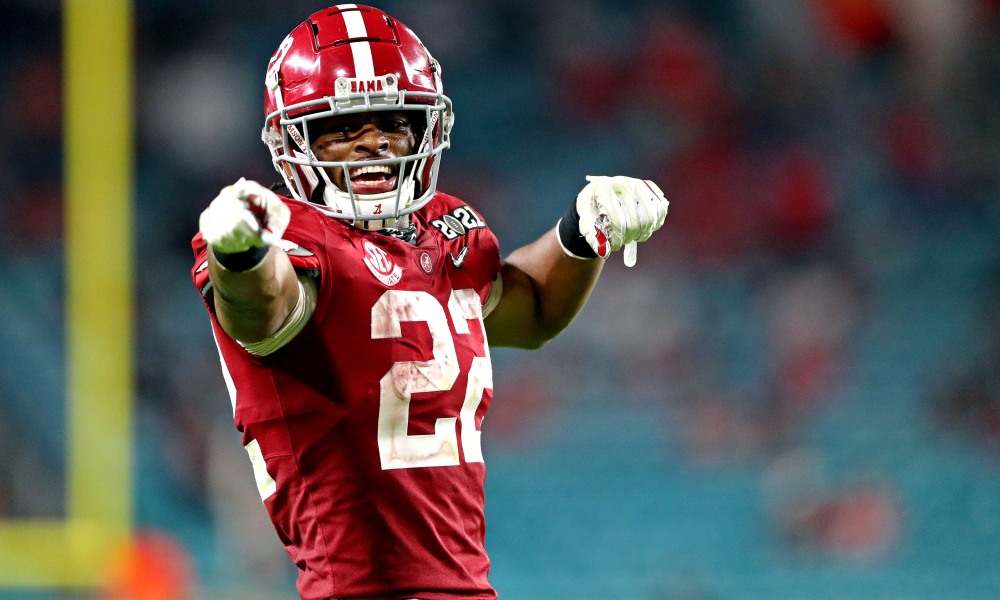 Najee Harris projects as a Great featured/starting RB with possible Elite upside. He’s capable of carrying a full workload of touches. He can be used in either zone or gap run-blocking schemes. His calling card is his tough, hard-nosed running style that, combined with his power, makes him a great runner to grind out yards on a consistent down-to-down basis. However, he’s not just a one-dimensional power runner. He possesses impressive elusiveness to his game that makes him effective in open space as well as in traffic. Furthermore, he brings versatility as a nuanced receiver with reliable hands and can be used in creative ways in the passing game. Harris needs to be coached up in pass protection; someone his size shouldn’t be getting pushed back as often as he does. Overall, Harris is a special blend of size, power, movement skills, and versatility.

Why the Philadelphia Eagles Shouldn’t Trade for Russell Wilson