Prospect evaluation of Clemson RB Travis Etienne for the 2021 NFL Draft, which includes his strengths, weaknesses, and projection.

Decisive runner; very quick to get upfield after choosing lane to attack and anticipates well.

Efficient footwork behind LOS; glides from gap to gap and doesn’t overstride.

Good vision; runs a good path to set up blockers on both zone and gap scheme runs.

Has the flexibility and body control to get small and skinny in tight spaces.

Knowledge of angles in open space, using both leverage and speed to kill defenders’ pursuit angles.

Solid/Good receiver; improved each year; reliable hands that pluck the ball smoothly out of the air.

Dangerous on check-downs and screens because of his YAC ability.

Variety of routes run expanded a bit in 2020.

Aggressive at the POA in pass protection; likes to lower shoulder into oncoming defenders.

Could exercise a bit more patience; can be too quick to attack a lane that isn’t there.

More of a linear, vertical runner than he is a lateral & elusive one.

Adequate power; often will get stalemated and pushed back when met head-on.

Won’t break many tackles or fall forward once wrapped up by defenders; ineffective stiff-arm move.

Needs to change approach on occasion when engaging blitzers instead of always throwing shoulder. 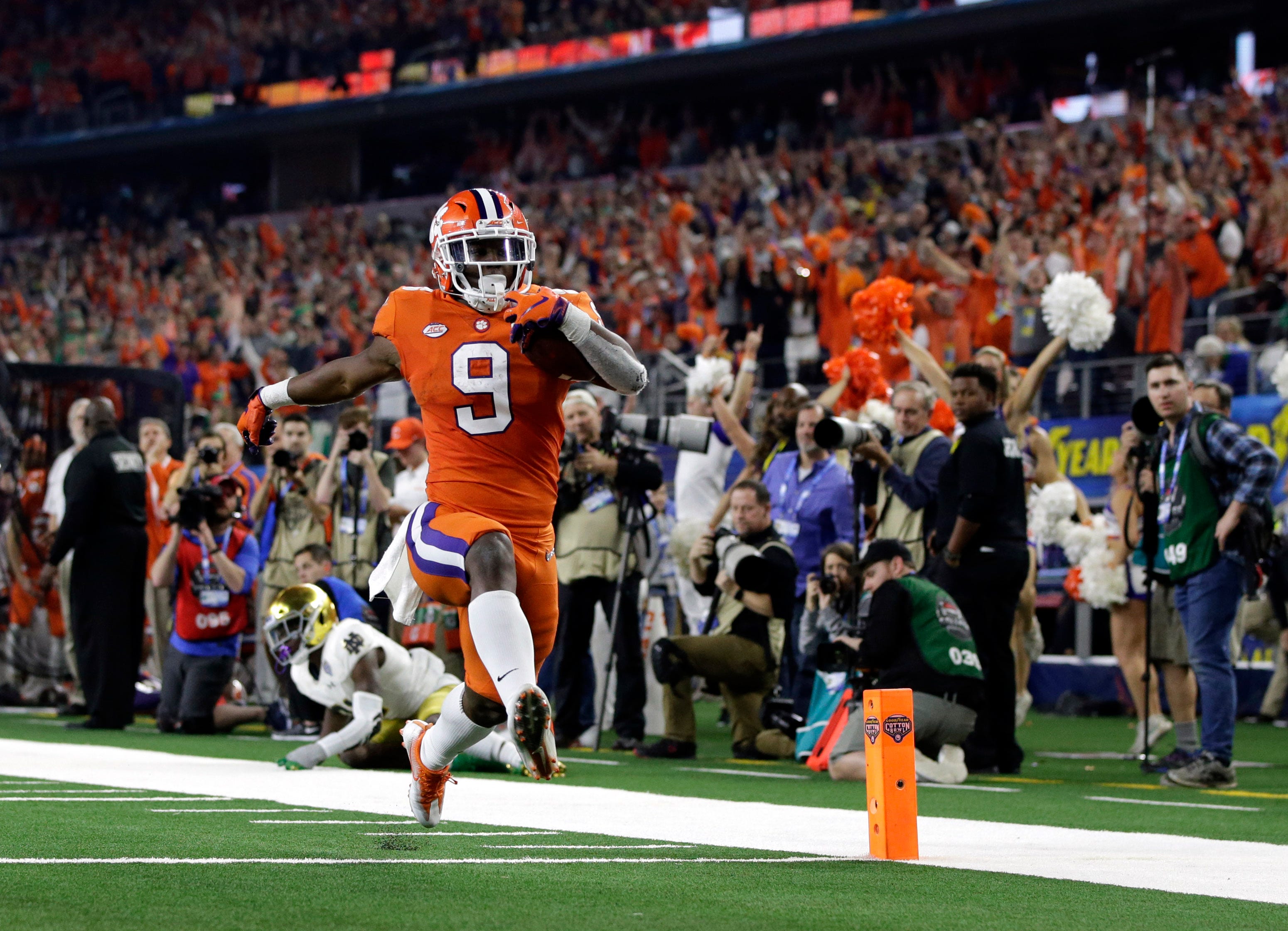 Travis Etienne projects as a Great starting RB with possible Elite upside. He can be used in either zone or gap schemes, although he may be best utilized in zone. He’s a dynamic weapon who is capable of big gains whenever he has the ball. He uses speed cuts with a narrow base when running in open space which helps him maintain his speed and not slow down. He’s improved significantly as a receiver each year at Clemson and has the potential to be a very good receiver who is used in creative ways. He’s a willing pass protector, just needs to be coached up to improve his technique and approach. The biggest question with Etienne is whether he can be a volume runner who can handle a full workload of carries or if he’s best used similarly to Kamara where he gets a balance of touches in space.