Prospect evaluation of Mississippi State RB Kylin Hill for the 2021 NFL Draft, which includes his strengths, weaknesses, and projection.

Shows enough discipline to stick to the design of the run play when the blocking is there.

Good long speed; looked faster in 2020 after dropping some weight.

Very aggressive and physical runner who seeks out contact.

Good receiver; excels on screens, wheel, angle, and option routes out of the backfield.

Flashes the ability to pluck the ball out of mid-air with soft hands.

Will often opt to engage with defenders head-on instead of running to open space.

Footwork and post-snap path are antsy and uncontrolled; cuts are sometimes over-exaggerated.

Gets caught sometimes trying to win the edge instead of getting upfield and using leverage of blockers.

More of an athlete playing RB than he is an athletic RB; needs to learn nuances of the position.

Athletic build with a thick lower half. 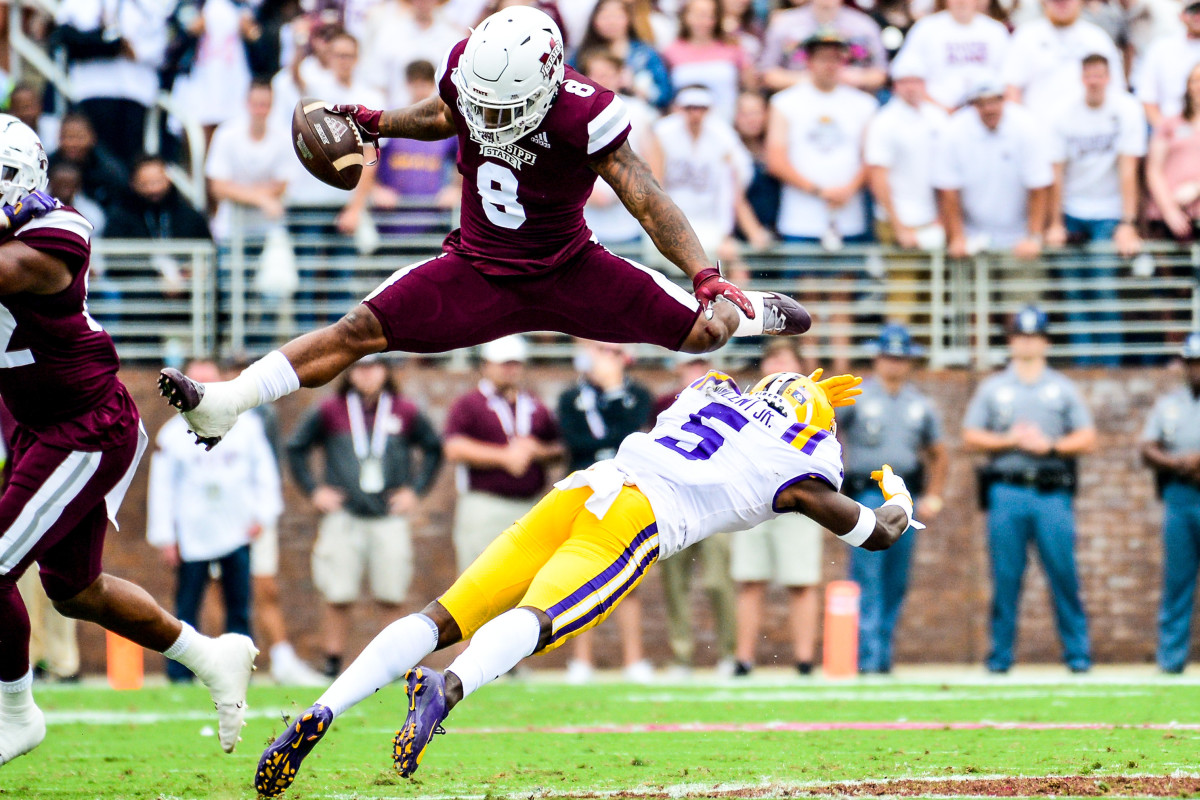 Kylin Hill projects as a Solid Complementary player in a RB tandem/committee with upside of becoming a Great starter. He’s an excellent athlete who is dangerous in open space and forces missed tackles well. The ideal role for him on day 1 would be as a 3rd down / passing down RB, but he has the skillset to grow into a larger role. He has yet to show knowledge and nuances of playing the position from a mental processing and decision-making standpoint. He’s a fearless and aggressive runner but to a fault. His desire to seek out contact results in him leaving yards on the field too often. Hill has the physical tools to be a dangerous and versatile offensive weapon, but the mental tools as a runner need some work.

Is Avonte Maddox The Lockdown CB We’ve Been Searching For? | Chux Report